I recently started a narcolepsy miracle drug called Xyrem and I will vouch for it being the most amazing drug in the world. Scientists don’t know a ton about how it works but there is some evidence to suggest that it acts like the neurons that are missing in my brain to help me get restorative sleep. It’s also a hardcore sedative. Due to the nature of the drug, my neurologist didn’t want me to take it on my overnight flight when I went to Germany last week so I landed in Germany more sleep deprived than my normal sleep deprived self.

I had to take a train from Frankfurt to Cologne and I knew that I was cruising for a cataplexy attack with my level of sleep deprivation. My worst nightmare is having a full body cataplexy attack by myself in public because I can’t communicate what is happening, and then add on to that a foreign country and the least convenient/most dangerous place for it to happen: on, say, the escalator in the train station.

I knew that if I slept, I could ward off the attack but norms say that taking a nap promptly upon arrival in a foreign country at 12pm is LAZY AF. And then I remembered that SLEEPINESS IS NOT LAZINESS. Thank you @project_sleep.

And I took care of myself. I plopped down in the baggage claim area which was still behind security, took my Nuvigil to prop me up for the day, and slept from 12-1:45 pm. And then I got up and went on my way, feeling safe and secure. 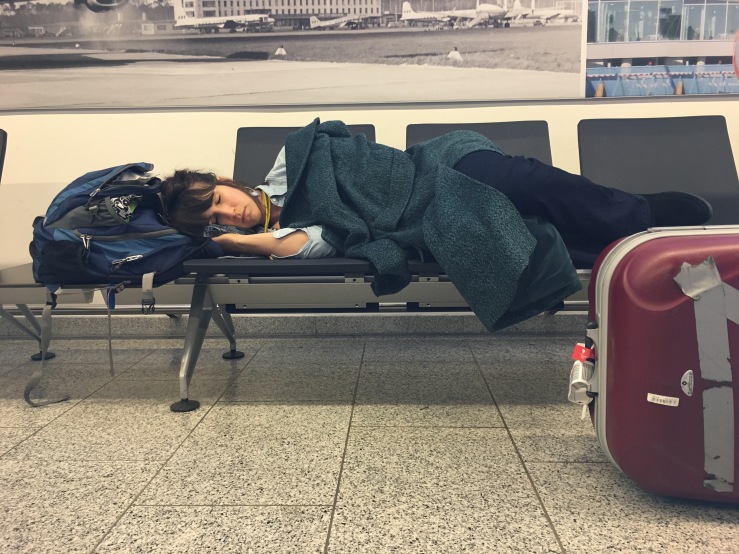 I resent narcolepsy and cataplexy for taking so much of my life, but I find that it takes less from me when I work with it. I’m just still learning how to do that.

What ways have you found to productively partner with your demons? And narcolepsy friends: where is the “worst” and/or must frustrating place you’ve had to crash?